In 1999 I created “Yoko Ono, Cut Piece Redux.” I conceptualized Yoko reprising her incredible performance art “Cut Piece,” which she first performed in the early 1960’s when she was young and conformed more closely to society’s definition of beauty. I thought it would be profound to see how the piece would change as she neared her 70’s, in a world increasingly saturated with images of women in various states of undress. Would participants in the post-feminist yet porn-rich era feel more or less entitled? Would they show more respect to an elder? Would  Yoko’s personal cofidence in her body change?

I was thrilled to learn that a few years later Ms. Ono did reprise her original piece in Paris. You can read more about it on Yoko’s personal website here:
http://imaginepeace.com/archives/1874

You can watch a video of the original piece here:
http://www.youtube.com/watch?v=Zfe2qhI5Ix4&feature=related .

You can also click here to watch a video of her magnificent 2003 performance:
http://www.youtube.com/watch?v=tyynMDMaO8o 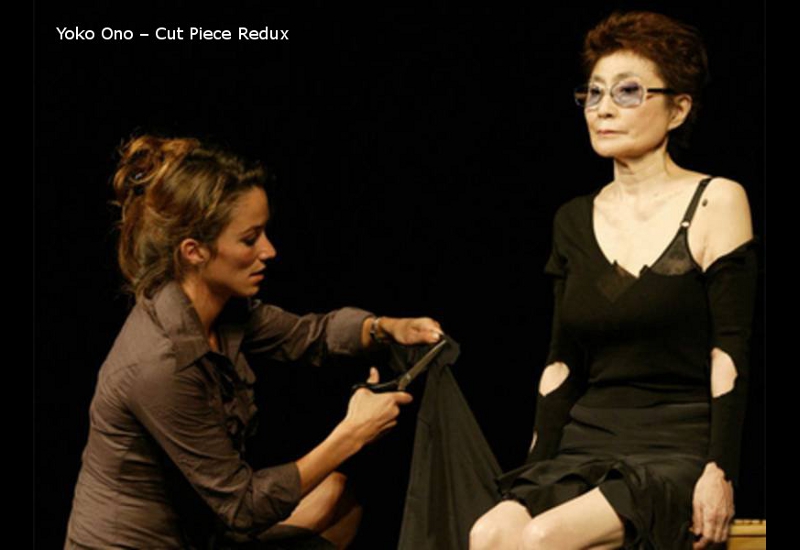