In early 2010, Andres Serrano’s Piss Christ, widely considered to be one of the most important pieces of art in the 20th century, was on exhibit at the Yvon Lambert exhibit in Versailles. Early one morning, three religious zealots, who did not understand the artistic statement the piece was making, scuffled with the security guard and attacked the piece with a hammer and ice pick, damaging it beyond repair. Fortunately, I was able to travel to an alternate dimension and recover three undamaged versions. I gave one to Andres, another to Yvon, and kept one for myself. 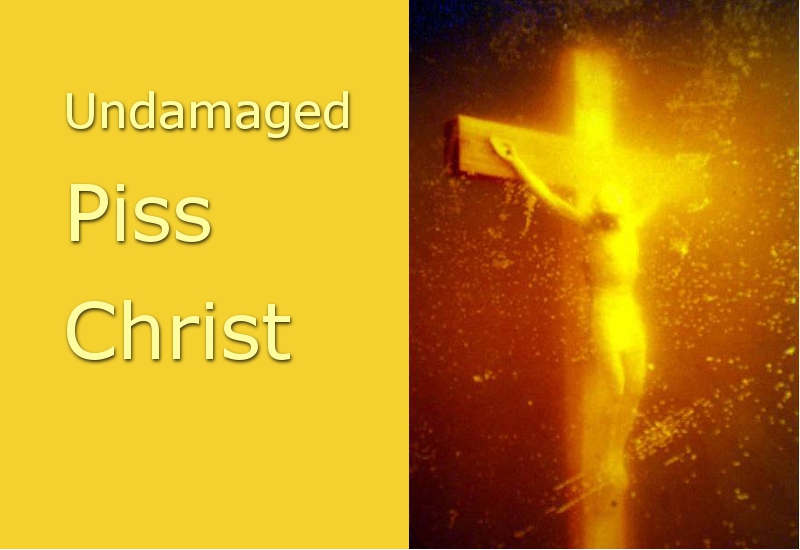